We are going to do an in-depth BobsCNC E3 review where "E" stands for "Evolution". BobsCNC Evolution 3 comes with a DW660 cut out tool and an Arduino microprocessor that uses a GRBL which is connected through a communication port using a USB connection.

To make the most of BobsCNC E3 Kit, you can use a universal G-code sender platform version that’s a java based software which runs on windows, OSx, linux and raspberry pi.

BobsCNC E3 Kit is one of the easiest options to go with when it comes to start manufacturing your own custom stuff at home. You get everything necessary along with the router like the cut out tool and a very rigid wooden frame. The frame is a laser cut out from the baltic birch plywood which is a very durable material mostly used for building furniture.

Now lets dive into the detailed review of BobsCNC E3 and experience how this machine feels like. 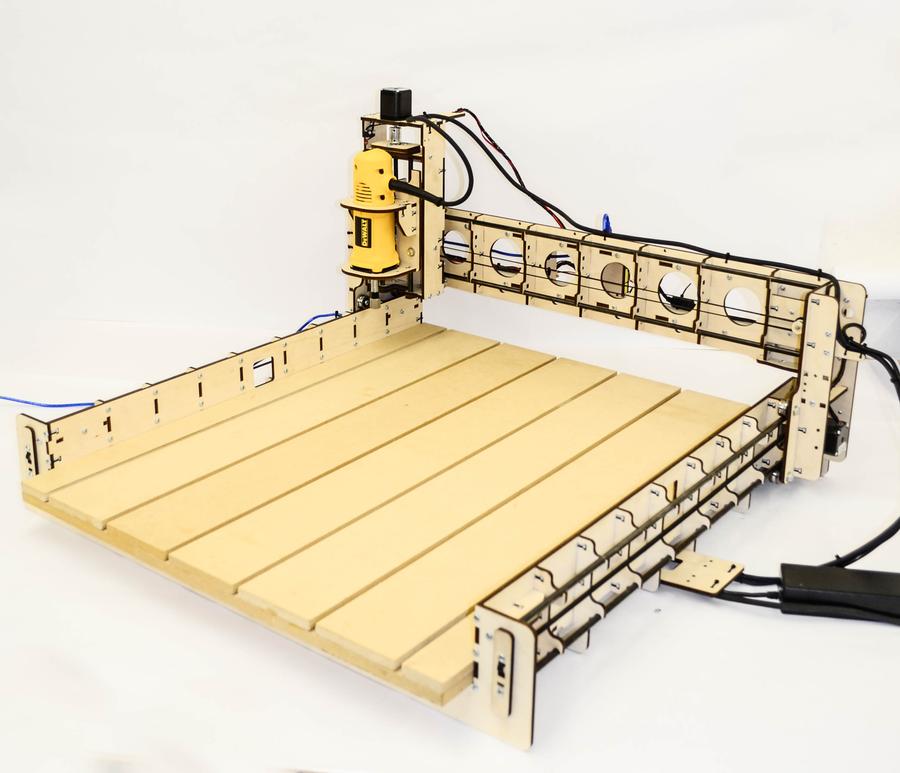 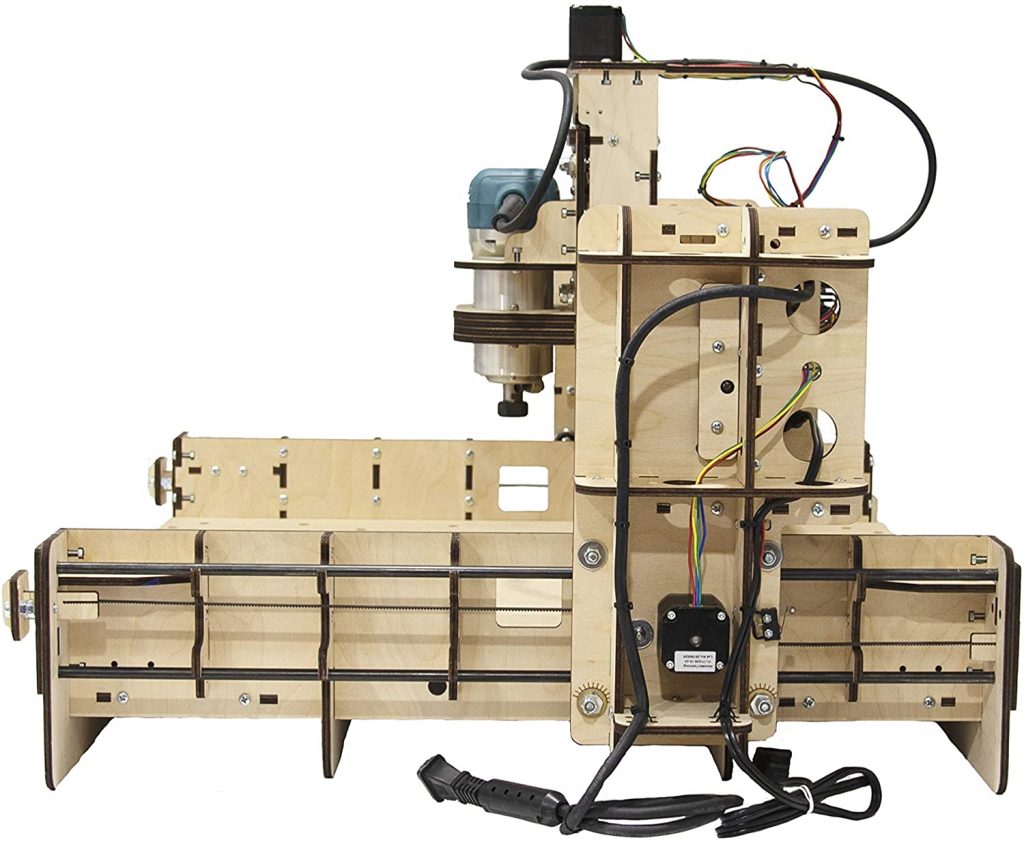 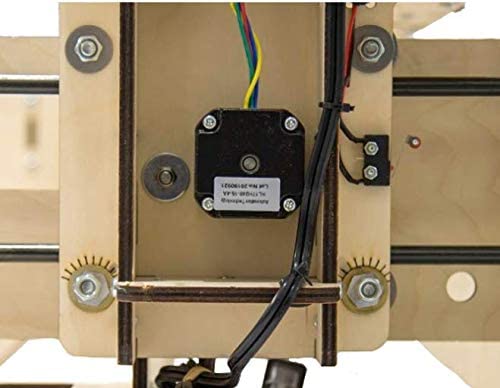 When it comes to the dimensions, the cutting table area measures 17.7 x 15.3 x 3.3 inches in size. What you see mounted on the framework is SG20U rail system that comes along with GT2 belt drive for X and Y axes, plus a 5/16-18 dual brass nut for the Z axis.

Installing the machine is fairly easy and you can install it within an hour by checking the information on their website here.

What you get with the router is a 5 Amp motor that can go upto 30,000 RPM, has no load and only weighs 3.2 pounds. When it comes to the router’s gantry height, its just 3.3 inches which limits the maximum thickness of the material which you can make for a cut.

The BOBsCNC E3 has two collets, one if ⅛ and the other is ¼ inch collet. Since this router is a spindle lock machine, the router bits are very easy to change. The router’s turn-on, bump-off power switch is sealed against any dust damage such that it’s a critical feature when cutting wood.

In order for the user to control the router, BobsCNC includes an Arduino based microprocessor that has been connected with a USB cable, guiding the whole control system. If you are a newbie then we would recommend you using the universal G-code sender platform. This software can be used on all operating systems including Windows, Mac OS X and Linux.

If you want to use a custom software then then you can look for Best CAD, CAM and CNC Machining Softwares

If you are more into cutting and carving of things then you can do so for all the stocks that are 17 inches long which is in reference to X,Y, positions in order to continue the job.

When it comes to the software part, you are going to need an application that will allow you to design or maybe import pieces of your software so that it will generate the G-code file. This is something which is installed inside your desktop computer which will enable you to design and import the work.

What is recommended with the bobscnc is F-Engrave that works well for engraving and is also a great way for newbies to start the work. Another version of the software is called the Fusion 360 which is costly and costs $300 a year.

Another piece of software that you will need for successfully running the CNC machine is the application that can read the G-code. If you don’t know what a G-code is, it’s just a file which has certain commands in the form of text which are nothing but just a log of the distance of commands that you give to the CNC machine.

Get to know other BobsCNC Routers such as the BobsCNC E4 here.

How Accurate is the BobsCNC E3? 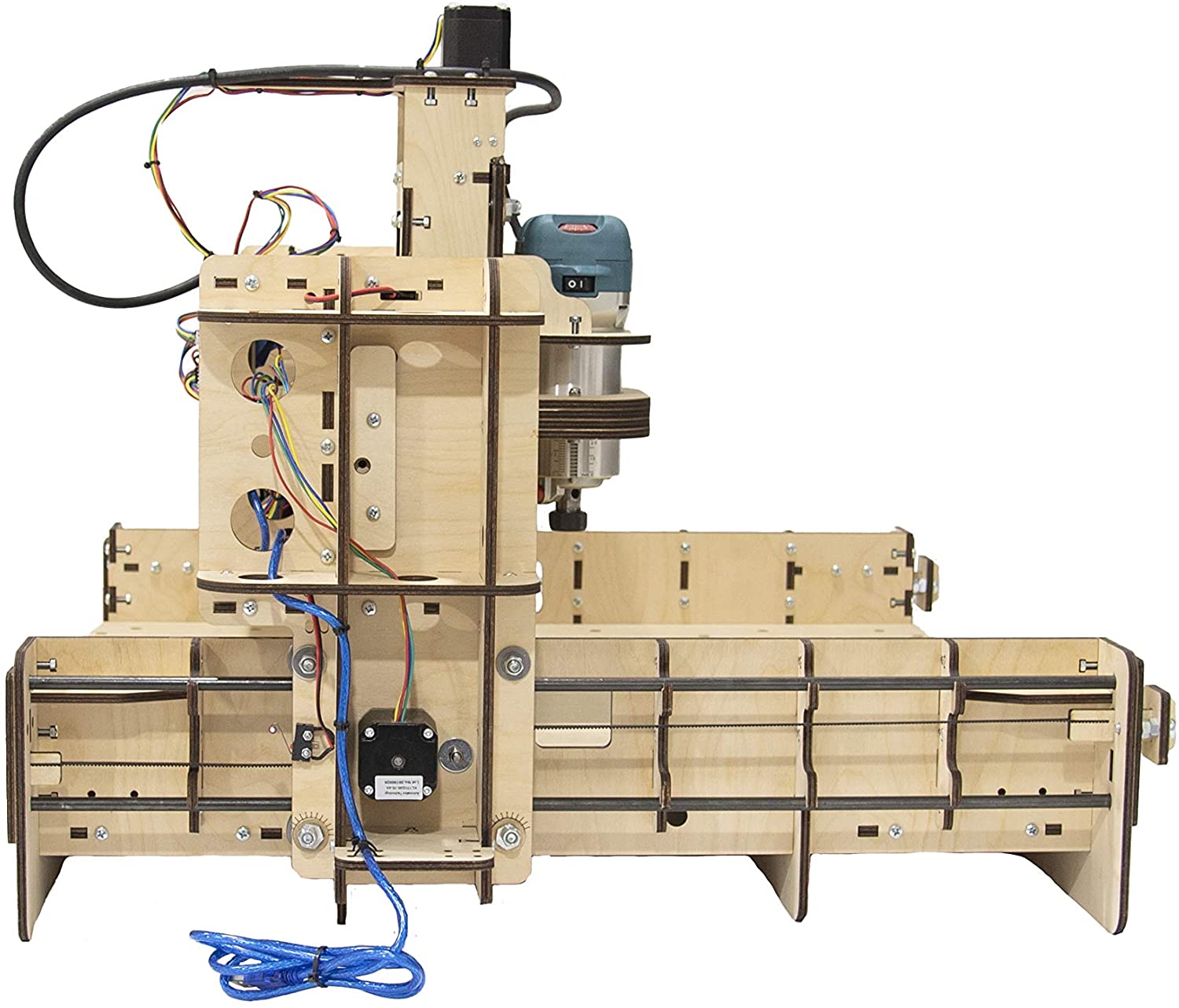 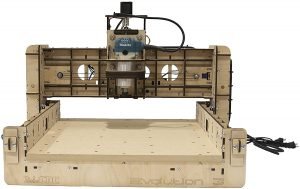 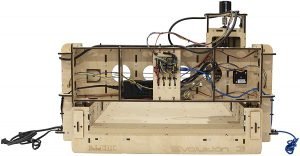 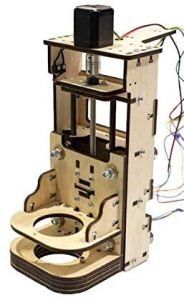 It entirely depends on the type of project you are attempting. As an example, if you are someone who is making a square of 4”x4” then as soon as the router gets the command to change direction, it’s not that sharp enough which eventually results in square that has rounded corners for the square. As an advice, we would recommend you use the SHINA titanium coat carbide end mill engraving bits. These are very sharp and trim acrylic without putting much pressure on the router of the gantry.

For users who will be working with hard materials, you may have to think twice before investing money on this since it has the base of a wood frame

The Shapeoko is a crowd funded project something that later became a well working enterprise. The latest version 3 of the Shapeoko mill has been improved way too much since the first model ever came out. When it comes to the size, its increased and also has great reviews coming in. Although it may be a bit pricey but the machine comes with a free router and an excellent build quality which makes it a great buy.

If you are someone who has just began the journey as a woodworker then you are going to like the BOBsCNC E3 Kit for it has a rigid frame that is well made and also a quality framework that if joined with a high quality router bits will be very powerful as a machine. When it comes to its nearest competitor of BobsCNC E3 then you have the Shapeoko 3 which has a wooden base and a stock mounting options, what’s going to impress you is the custom aluminium table plate set from Ohio diesel parts. However with our experience we must say this is a type of CNC machine that is not very rigid and thus not fit for heavy duty work.