Home » Blog » Everything About CNC Controllers | The Edge Cutter

1. What is a CNC controller?

CNC stands for Computer Numerical Control. In simple words, the CNC controller is a machine that transforms the design provided through CAD (Computer-Aided Design) software by numeric inputs. These input values are the coordinates of the design graph and they play a significant role in controlling the cutter movement. As the name depicts, a CNC controller is a computer numerically controlled machine which handles and manages the processes and actions of the machine. The CNC controller basically acts as the central part of the CNC device. It links the entire mechanical system to the computer-controlled part of the CNC system. The word “controller” is generic, yet it is used in this context to represent the entire CNC system.

The controller is assigned and facilitated to do the vital interpretation during the cutting operation. The primary function of the CNC controller is to receive conditioned signals supplied by an indexer or a computer. Once the signals are received, the CNC then interprets them into mechanical movements.

The conversion of these computerized signals into mechanical motion is generally achieved in the form of motor output. A CNC controller consists of 3 embedded mechanisms; the CNC software like CAD (Computer-Aided Design) /CAM (Computer-Aided Manufacturing), etc. which are the program based instructions, a processing device, and a machine control unit.

2. How does a CNC controller work?

A CNC machine is like any other industrial system/equipment. These devices come under the category of electro-mechanical systems which manipulate the machining tools as per the project requirement. In simple words, a CNC device comprises a computer system to which the programming software is fed by the machine operator. The best part of the CNC machine is that it makes precise cuts with assured accuracy as the cutting actions are fed with the required dimensions into the mechanical system. Here is how a CNC controller functions to perform any cutting task:

CAD plays a crucial part in creating the 2D and 3D shapes, as required. The CAD files are directed into the controller. These files contain specifications concerning the shapes and dimensions of the project to be executed. The entire working of the controller is based on these specifications to
execute any further projects.

As the CAD files are meant to perform a wider variety of tasks, it is required to convert these files into CNC code. Here is where the need for CAM software steps in. It converts the CAD file into controller-readable CNC code.

As the machine operator gets the readable file, it is time to set the machine ready for the task. The operator is also required to attach the workpiece and other necessary accessories (to the machine) in order to facilitate the proper program execution in the controller.

Step 4: Execution of an Array of Processes

Once the operator has the CNC codes ready, now the program is all set to be fed to the controller and get the desired work output. The entire machining process is guided and controlled by these CNC codings.

Interestingly, how the CNC controller receives commands is majorly based on the internal circuitry. The circuit board or the software can constantly reconfigure the design schematics for every individual controller.

3. What are the different types of CNC controllers? 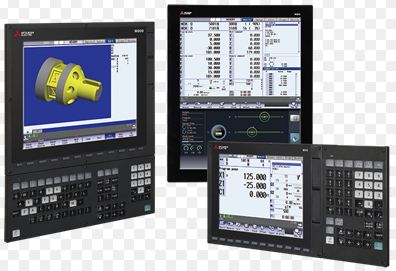 There are total 3 types of CNC Controllers:

4. What is a GRBL controller? 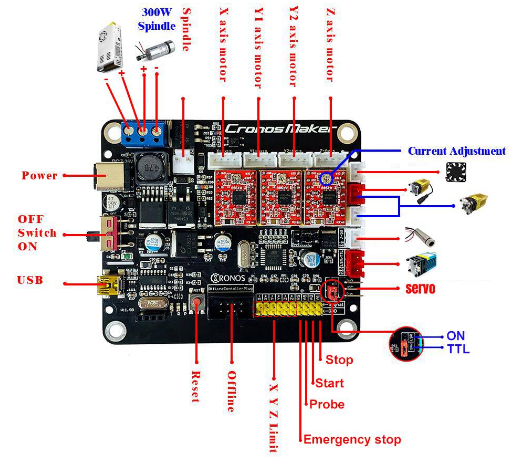 GRBL is the acronym of "Garble". It is a software program, etched into arduino boards(like nano, uno, and Duemillanove), that controls lasers or CNC machine spindles and stepper motors. GRBL utilizes the G-code in the form of input and output signals through the arduino pins. Most of the Industrial CNC machineries utilize parallel port controllers that require those huge parallel port cables for connection. Since GRBL arduino boards come with a USB Type B port, you just have to connect it to a free Type B cable.

All the arduino boards based on atmega 328 are supported by GRBL. That means, both the uno and nano are compatible except the mega version as it is based on atmega 2560. Arduino mega is basically utilized in different 3D printer systems as it(arduino mega) features a powerful processor. However, as the tasks conducted by CNC mills/routers are relatively easy, so the use of arduino uno is sufficient in that case.

In order to drive the stepper motors, a driver of some sort would be needed. drv8825 and a4988 are some top options to drive small motors, such as nema 17 or 14. However, note that these drivers must not be utilized to drive more powerful motors like nema23 or higher.

To connect the arduino with the motor drivers, you can either utilize a pre-made arduino uno CNC shield or can build one by yourself. The latter option is pretty easy to follow, however, it could be a time consuming process. There are other arduino options like arduino nano boards that are typically meant for laser cutting.

To summarize, here are those three parts that you will require for a typical CNC device: