What is the difference between a CNC router and a CNC mill?

Hi! We are soon going to start a giveaway on our FACEBOOK page. Wanna save couple of dollas?! Make sure you like our page and turn the notifications on. See Ya!

To make customized machine parts, many hardware manufacturing companies utilize CNC routing and CNC milling applications.  Though both the types are CNC-driven, there are certain significant differences between a CNC mill and a CNC router. Both the machines are designed differently and so they work on different types of material jobs. They also have many similarities. But, in this article, we will only discuss all the possible factors that make a CNC router different from CNC mill.

Note: Remember that whichever you select, be it the router or the mill, you must have to be careful with their limitations and capabilities as you choose to work with any of the two.

Firstly, we will have a brief idea about the differences between a CNC router and a mill. Then we will go for the differentiation on the basis of some practical factors.

CNC router is a universally applicable tool, widely available in the modern tool shops. The basic function of this tool is to cut soft material jobs including acrylic, wood, foam, wood, and other soft metals. The router is set up on a stationary router table giving the user a broader space to work conveniently. The router features a spindle which does the entire cutting work, as it moves along 3 axes namely; X, Y, and Z.

Most CNC routers are designed and developed with the aim of operating the tool at a speed greater than the CNC mills. Here, the router utilizes the rotational speed in the form of driving force to make the cuts. Generally, the CNC router works following three axes, as discussed above. However, this may vary with 4 to 6 axes in some routers that are typically meant to perform complex cutting projects.

The maximum part of functioning if a CNC mill is similar to those of a CNC router. However, there are some primary differences. Unlike a CNC router, a CNC mill can be used to cut tougher metals (like tungsten, titanium, stainless steel, etc.) and materials. The mill utilizes the same rotary cutting tools (just like a CNC router), but at a lesser operating speed than a router.

A CNC mill does not require a stationary table like a router. Moreover, it (CNC mill) works on 2 axes configuration, i.e., X and Y. The mill spindle moves linearly along the X-Y axes right above the job (workpiece). As a result, in a CNC mill, you get increased clearance along the third axis; Z axis. This allows making deeper cuts, as mills utilize torque to make cuts rather than rotational speed (as in router).

Factor-wise Differentiation Between a CNC Reuters and a CNC Mill 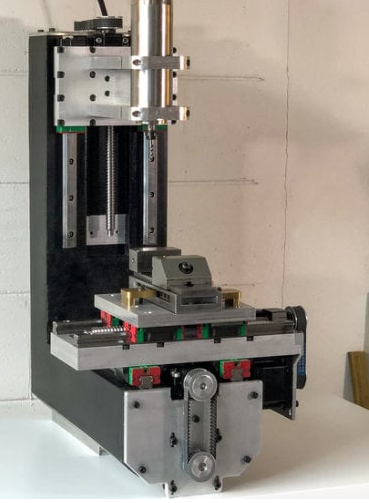 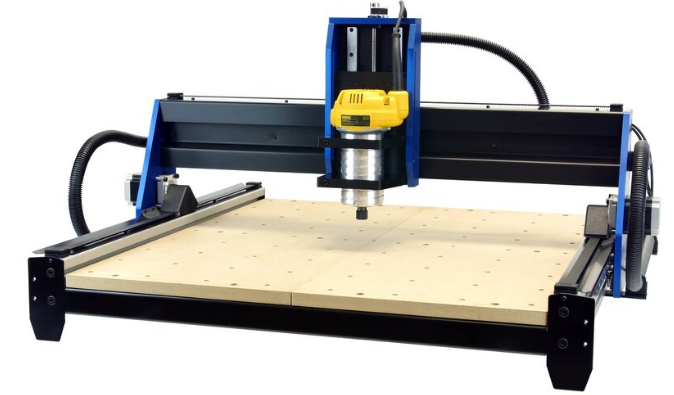 These two versatile CNC machines have wider usability in the hardware industry and machine parts manufacturing companies. But, both the CNC router and mill function differently based on the following factors:

Materials: As discussed above, the application of a CNC router or a CNC mill depends on the type of material used. Where a mill can easily cut through both soft and hard metals and materials, a router can only cut through softer materials and metals including tin, lead, etc. Only a CNC mill is designed to make intricate cuts on sturdy material jobs.

Quality or Mass: Both the quality and mass of a CNC mill is better and larger respectively than a CNC router.

Machining speed: The CNC router or the CNC mill; in both the cases, you have to set the operational speed/torque based on the type of job/workpiece you want to shape. If it is a less demanding cut and you need a large number of copies of the same job, a router is the best. The router operates quicker than a mill and hence, it can complete a lot of tasks within a short time. On the contrary, a CNC mill is required when you need precision in your job and it takes longer than a router.

Cutting Area: CNC mills have varied spacing options. You have to set a starting point of the project to be worked on. For detailed and heavy cuts, a CNC mill is used as it allows thicker cuts with increased clearance along the Z axis. In case of large cutting projects like huge wooden blocks or foam planks, a router is a better option as it offers wider cutting coverage.

Both the CNC router and mill use computer-aided design(CAD), CAM, and other such software to avoid human errors during the cutting process. This lets you recreate multiple copies of a sample job within a short time with a router of 5-6 axes configuration. Else, to make machine parts with exact measurements and specifications, a CNC mill is utilized to complete a piece in whatever shape it is designated.

Note: Though the CNC machining software (CAD, CAM) etc., enables effective and proficient completion of the task, it requires skilled workers. The operator must be experienced enough to detect the burning or shaking of the workpiece during the process. The person should keep the health issues (caused from the cutting dust) in mind and install a proper vacuum system to avoid the potential health risks. Else, the router or the mill should be kept in an enclosed system to stay safe from the debris or other mishaps.

Application: CNC mills are utilized for performing detailed cuts that require high precision. For instance, any custom-built component or part for aerospace equipment, medical, military, etc., where precision is a crucial component to consider. The tooltips of a mill makes it a perfect machine for making intricate cuts and shapes, which is not the case with a router. For less demanding or general cutting requirements, a CNC router would be sufficient. Routers do not provide accuracy in cutting and are mostly used for making basic cuts of softer materials and metals. A mill on the other

Cost: CNC mill is more expensive than a CAN router of the same size.

Well, that is all about the differences between a CNC router and a CNC mill. Hope this gives you a clearer conception about the two.

1 thought on “What is the difference between a CNC router and a CNC mill?”