Home » Blog » Miter Saw Vs Circular Saw : Differences | Which one is better?

In this article, we will be covering the differences and all the details regarding Miter saw and Circular saw including origin, types of cuts, followed by pros and cons. 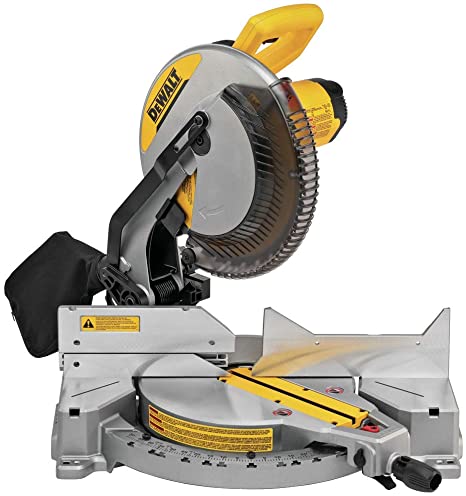 In 1964, Ed Niehaus,a Rockwell engineer, had come up with a plan to merge a circular saw with a miter box by placing the saw on a hinged arm. Then he developed a technique in which the workpiece is held/clamped in a position which is then crosscut or mitered almost instantly, by using the circular power saw. This design of his got hit and when Rockwell did not succeed in patenting it, every other power tool manufacturing company took this advantage and began to produce their individual type of miter saw.

Now after 50 years, these power tools are here in trend. The miter saws are precise in cutting and user-friendly to be workable to any woodshop.

Note: This type of cut can be achieved by any other type of saw as well.

Now let's check out the pros and cons of a miter saw which make it different from a circular power saw.

A miter saw is fit for making four types of cuts; namely: bevel cuts, mitering, compound cuts, and crosscuts. Crosscuts are made at 90° to the wood grain, the miter cuts are both perpendicular and 0° to the grain, bevel cuts can be made at any desired angle to the height instead of length of the wood, and compound cuts include both beveled and mitered cuts together. A miter saw does all these types of cuts within a snap.

The cutting precision of a miter saw is more than a circular saw, plus the former type is easy to use compared to the latter. A circular saw requires maintaining a straight line of cut for which you must hold the saw blade just right and steady. Aded to that, you have to take care of some safety features while cutting with a circular saw. A miter saw, on the other hand, makes cutting convenient, with minimal chances of injury.

Circular saw is capable of making all the four cuts that a miter saw does. Plus, it can do rip cuts. Many pro-grade sawyers prefer using a table saw or track saw for ripping with precision. However, if you are a professional who is always on the move, then carrying the track or table saw is not practically possible. This is when the need for a circular saw steps in.

Note: Unlike the miter saws, a circular saw makes straight cuts along a fair length of a board of wood. But, it is humanly a bit difficult to maintain a steady hold onto the saw to keep the line of cut straight, unless you have hands-on experience. So, it is better to invest some bucks in rail guides or fences to make your circular saw cut flawless.

Note: The thinner the material to be cut, the better is the curve made.

Well, be it Ed Niehaus or Tabitha Babbitt, whenever any future inventor like them will come up with something more workable and budget-friendly, then we will be the one to buy it first. However, as of now, there is no clear winner between a miter saw and a circular saw.

It generally depends on the type of work you daily deal with. If your maximum projects require doing rip cuts, then a circular saw is the one you should go for. For crosscuts, we recommend buying a miter saw. For increased versatility, it is better to purchase a circular saw prior to buying a miter saw. You can also keep both in your tool inventory; it basically depends on your type of projects and your workability to handle both the saw types.