Home » Blog » Single Vs Double Bevel Miter Saw : Which One is Better & When To Use

Looking for the better option between a single bevel and a double bevel miter saw? Well, both the types of miter saws can make bevel cuts but differently, from each other, which gives rise to the question of which would be the right one for your job.

So, in this article, we have discussed both the single bevel and twin bevel type miter saws followed by a quick-view comparison table for more convenience. But, before moving straight to the differentiation of both of these saws, let's first understand what the terms "bevel" stands for. Right now there might be many of you who do not know about this popular woodworking term. So, continue reading...
woodworkers.

In the field of wood, we generally speak of 4 such types of cuts that are widely used on any wooden block. These cuts are: miter, compound, crosscut, and bevel. Both miter and bevel cuts are somewhat similar and so might seem confusing at times. Nevertheless, both the cuts visibly vary from each other.

As per the definition, a bevel is a vertical or horizontal angular slope, generally at an angle of 45-degree. To be more accurate, a bevel cut is the one that can be cut at any angle, except 90-degree. This type of cut is made along the width (the due or end) of the workpiece, to be precise. Bevel cut is measured against the edge of a square cut. As bevel cuts depend on the blade adjustments of a cutting instrument, you will require a specialized tool that can manage the blades at the desired angle. In this regard, the angular adjustment of the blade is limited in a single bevel miter saw compared to a double bevel miter saw.

To understand which type of miter saw is fit for what type of woodworking projects, it is time to understand the differences between a single bevel and a twin bevel.

What is a Single Bevel Miter Saw? 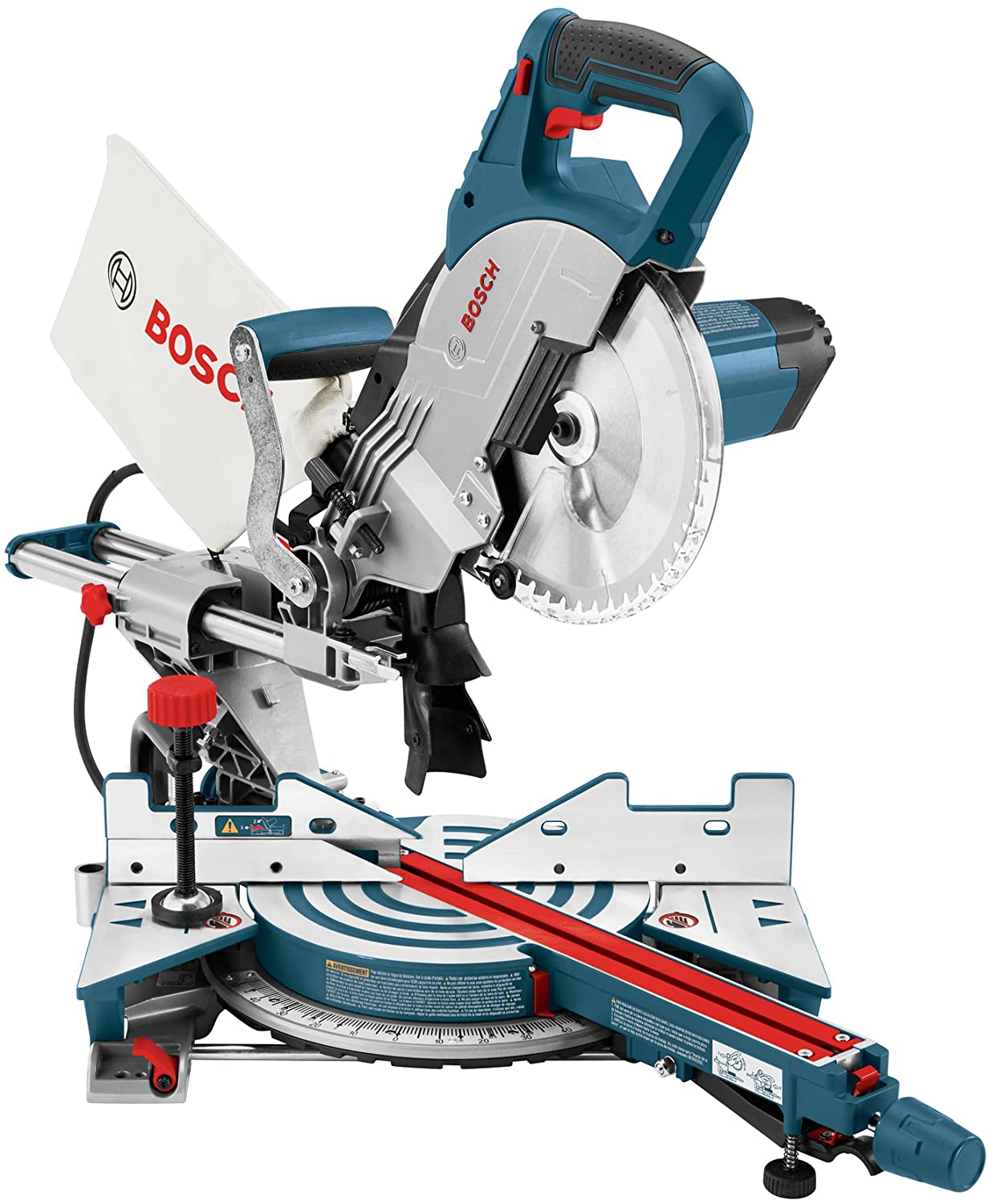 A single bevel miter saw can make bevel cuts but only in one direction; either right or left. That means you have to flip the piece of wood to another side to cut the other side.

What is a Double Bevel Miter Saw? 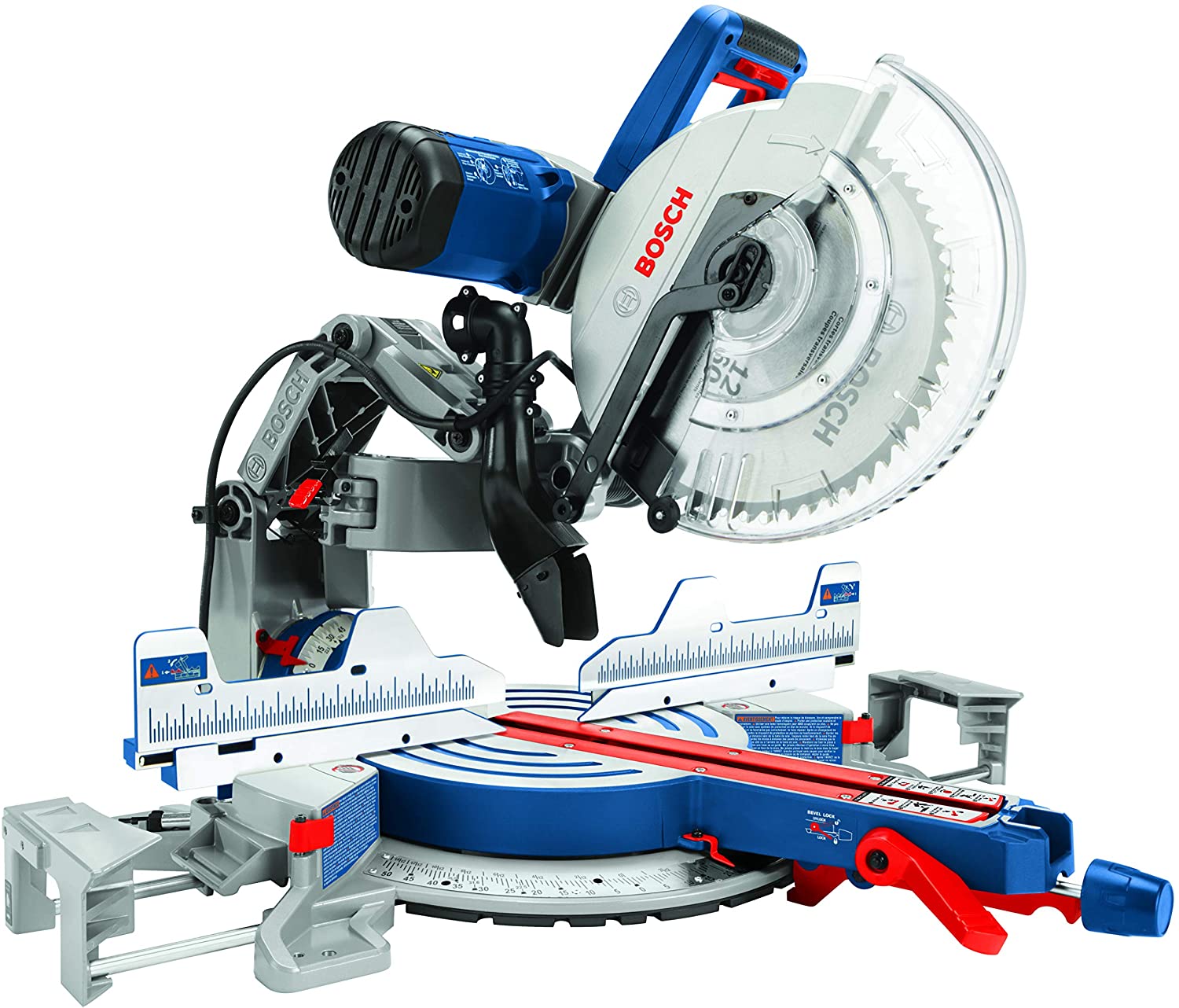 A dual or double bevel miter saw, as the name suggests, can be used to cut on both the left and right side of the wood. Therefore, unlike the single bevel saw, you can cut the wood in both directions without requiring to flip it, but with a little adjustment of the blades, as per the desired angle.

Before starting with the differences, let's check out some of the similarities that they have. For example, as mentioned earlier, both the types can be used to make bevel as well as miter cuts. Plus, both the saws employ circular spinning blades to cut materials.

In spite of all the above similarities, both are yet very different from each other. The primary difference between the single bevel and double bevel miter saws is the direction of cutting. While the former cut can make cuts only in one direction, its latter counterpart can do so in both the left and right directions.

Note: You can achieve similar cutting results with a single bevel as its dual counterpart does. But that may require a bit of extra effort plus time.

The second difference is the cost. This is so simple to predict that the cost of a double bevel miter saw will be more than the single bevel. However, the price difference is usually not more than $50 to $100. Therefore, to some people, this difference in price might appear to be negligible.

Both the saws types come with some setbacks along with their respective advantages. So, let’s take a look at these pros and cons accordingly:

Note: Make sure to use a quality miter saw stand for accurate cutting performance.

Who is the Single Bevel Miter Saw For?

It is a handy power tool, typically for the newcomers, to make miter and even bevel cuts. For example, while doing crown molding or making a picture frame.

Single bevel miter saws are more appropriate for performing small tasks, like the ones mentioned above. Plus, it is more comfortable to work with a single bevel and is also fit for the professionals and DIY enthusiasts. Lastly, it is an ideal tool for domestic use and one can manage to purchase even within a tight budget.

Who is the Double Bevel Miter Saw For?

A double bevel miter saw is meant for major cutting projects with a tight deadline. So, the professional contractors use this saw for making fast and easy angular cuts. Double bevel miter saws have a wider scope of cutting materials of various types.

Since the cutting application is a bit complicated compared to a single bevel saw, this type of saw is not fit for inexperienced woodworkers or beginners.

Here is the top pick of a single bevel miter saw. For your record, it is the compact and lightweight version edition of DeWalt DWS780.

Dewalt DW715 Single Bevel Miter Saw is a relatively lightweight power tool of 40 pounds compared to its parent version DeWalt DWS780. However, concerning the quality,the former serves the same as its parent edition does. DW715 is powered by a 15A motor which delivers around 4000 RPMs.

This single bevel saw is comparatively faster than the others of its kind. The flexible cam lock miter handle facilitates miter cutting with precision and accuracy. The saw can cut at 45 degrees on boards with 2×8 inches dimension.

Being a compact saw, it is easily portable and fit for the professionals who are mostly on the move. Moreover, it is a super quiet power tool that includes an easy-to-read miter scale. 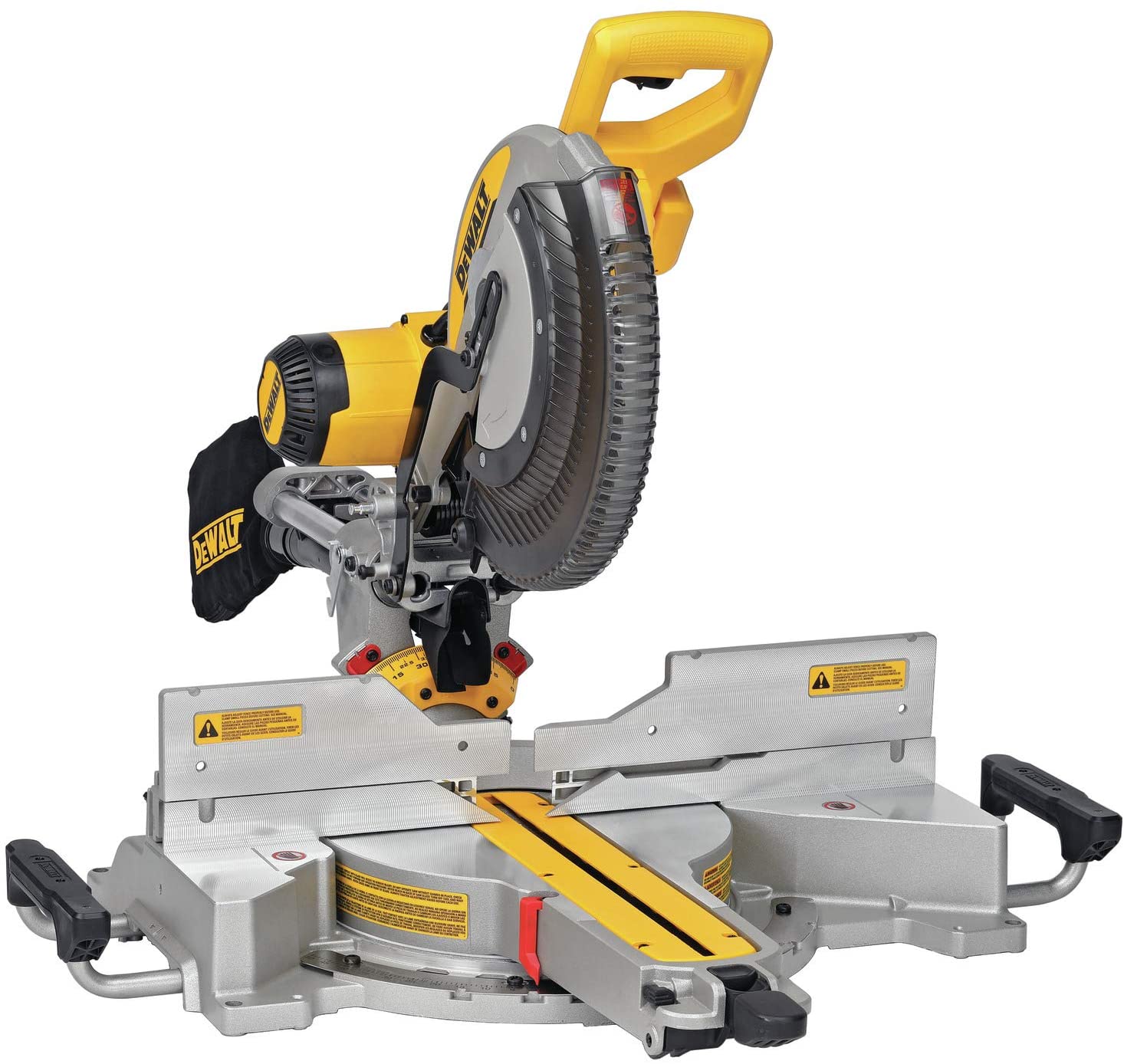 DWS780 Double Bevel Miter Saw is our top pick concerning the best Dewalt model. This is the advanced edition of DWS779. There are only a few differences between the DWS779 and DWS780. The prominent feature of DWS78 is its XPS cutting technology. That means; it features a bright LED light which casts shadow on the saw blade to make miter cuts. This helps you to clearly understand where exactly the blade cuts on the material. Moreover, the saw includes a set of 10 positive stops that makes repeated angular cuts easier.

The dynamicity and capacity of this power tool makes it the most-sought one on the market. It can make angular cuts at right-angle (90-degree) on a board piece measuring 16 inches. Lastly, the saw comes with a fence through which you get an uninterrupted view during an ongoing cutting operation. As vision becomes clearer, cutting becomes more convenient and easier.

Note: DWS780 is a bulky model weighing around 56 pounds. However, it is an ideal choice for performing major projects.

Despite its dual functionality, not everyone goes for the dual bevel, the same is the case with a single bevel, though it is a cost-effective alternative. Purchasing a double or a single bevel miter saw depends on the user requirements (what type of cut has to be made), user-experience (beginner or professional), and lastly, on the budget. It is generally suggested not to go for a double bevel miter saw if you are a newcomer in the world of woodworking.

In essence, both the saws types are advantageous as well as inferior (in certain aspects). So, it is up to you to decide which one to pick and why.